In Page Builder you cannot have rows within rows, but you can construct complex layouts with columns.

In any row, you can have multiple vertical layers of parent columns, child columns, and modules. Here are some diagram examples of a single row with various configurations of layers and columns.

In Figure 1, there is one column inside the row, and the column contains three module layers. You can have any number of module layers within a single column, but only one module in each layer.

If you want to more than one module in a layer, add a new column for each module. In Figure 2, there are two column layers in the row. The first layer has one column and the second layer has two columns.

Figure 2: Two column layers with one column in the first layer and two columns in the second layer

A column within another column is considered a child column. In Figure 3, there are two module layers and then a layer with two child columns.

Figure 4: Two module layers and a third layer with one child column

Note: By default, when you drag a module into a column, you create a module layer. If you want to create a child column, you usually need to add one or more empty columns inside the main column before you add modules. See the Related Article below on inserting columns for instructions how to do it. 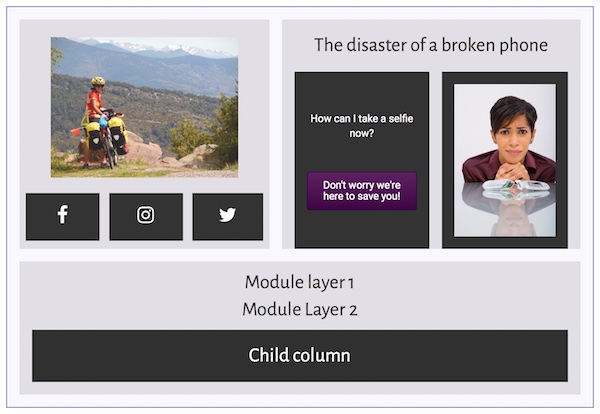 In the upper left column, there's one layer with a Photo module, and a second layer with three child columns, each of which contains an Icon module.

The bottom column layer with two module layers and a child column layer all contain Heading modules, with text that explains their position.

How to find child columns in an existing layout

Without background shading it can be hard to tell the difference between child columns. For example, in the following screenshot you can't tell if this column layer has three main columns or one main column on the left and two child columns on the right.

The best way to find out is to edit the column and look to see if there are options for the parent column. If there are, it means you have selected a child column. When you mouse over the Parent settings, the entire parent columns becomes shaded in blue, as shown in the following screenshot. 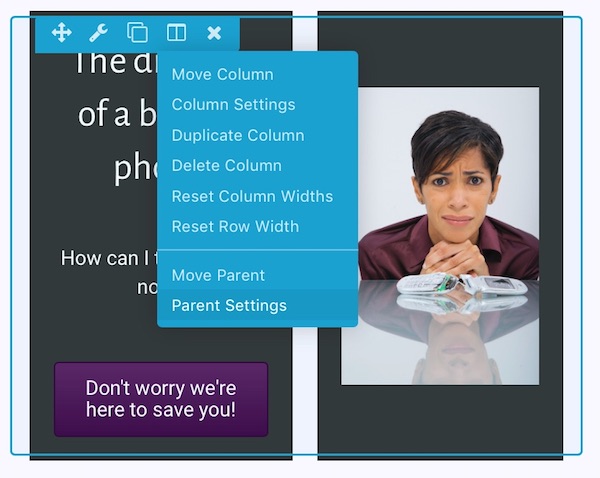 On the other hand, the column on the left has no options for a parent column at all, which means it is not a child column. If you mouse over Column settings, the entire left column is shaded in blue, showing that the second layer of that column has three child columns. 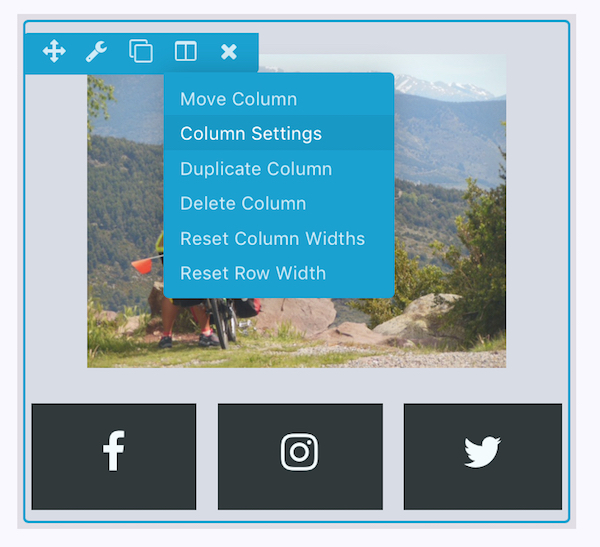 As screen size decreases, column and module stacking occurs left to right, top to bottom first within each column then across columns. Let's go back to our real-world example and show the order in which the columns, child columns, and modules are stacked on small screens. 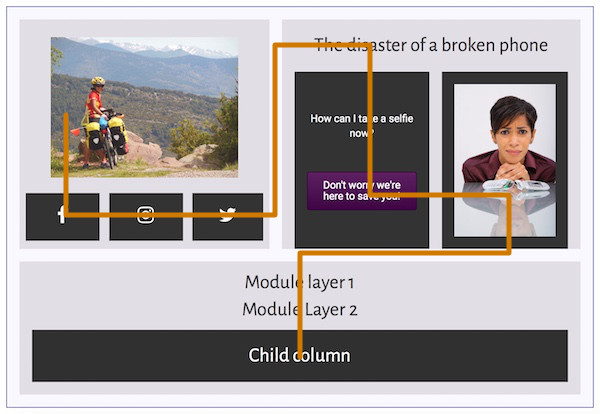 Tip: Page Builder has a setting to reverse the stacking order (see the Related Article below for how to do it), but you can't choose an arbitrary stacking order. Knowing how columns will stack is an important factor in how you construct your page.